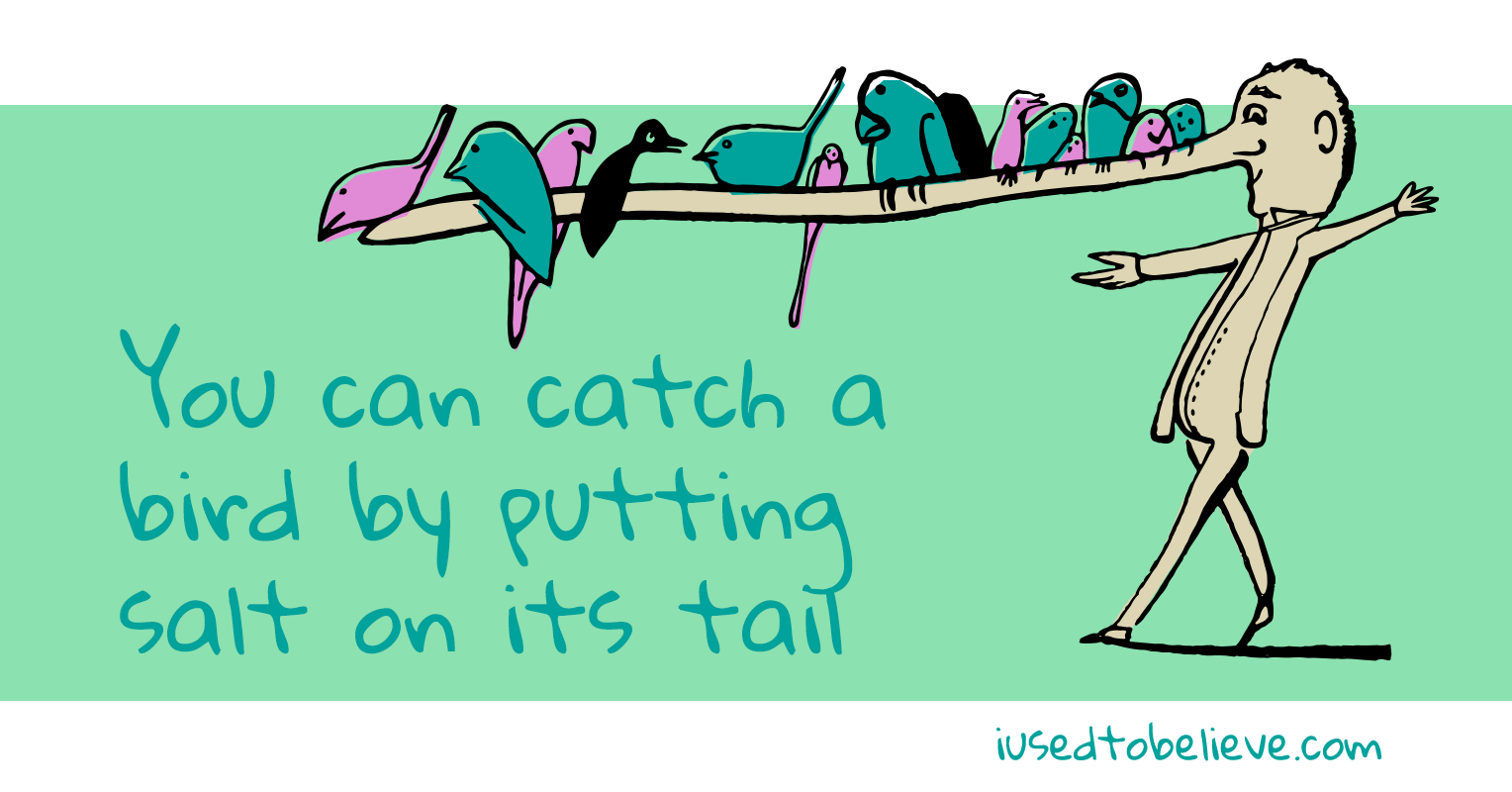 My big brother told me that yogurt was processed dog vomit. It was perfectly safe to eat, after the treatment, so it was no big deal. Of course he believed that salt on the tails of birds actually incapacitated them until he was 18. We both found out the truth at the same family dinner.