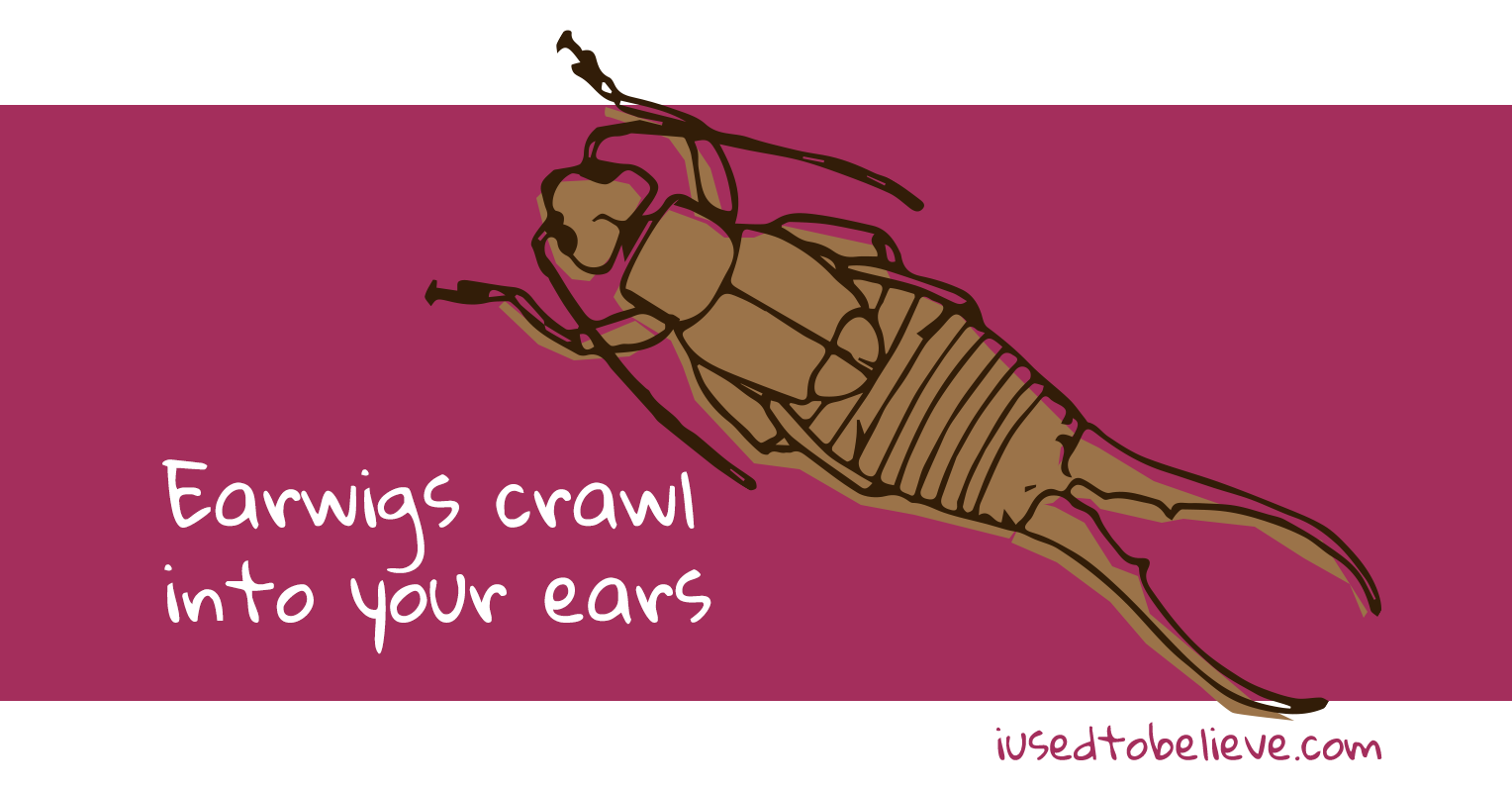 I used to believe that earwigs go into your ears and irritate you and then lay eggs in the brain.
I was 17 and i used to work in a cafe and make sandwiches in the morning, we used to get new orders of salads each morning and one morning they mixed our order up for spinach, and inside the box there were earwigs everywhere!
I was panicky and started screaming when one was near me so I left my job :P

Once my neighbor and I were swinging on swings but we had to shake hem before we got on so the Earwigs would come out well on one occasion she decided to scare me and say that if they get in your ears they will eat your brains out. of course i was scared of them till i asked my mom if it was true.

I used to believe that earwigs-those bugs you see under rotting logs with two pinchers on their butts- could crawl into your ear while you were sleeping and attach themselves to your brain!

when i was about 6yrs i use to believe that earwigs crawled in your ears as they like to eat your brain , well thats what my big brother convinced me!
i am now 40yrs and wiser i would like to think!

When I was very young my parents told me that millipedes and centipedes where called earwigs, so I was terrified that one would crawl into my ears when I was in bed asleep.

i believed for awhile that earwigs would burrow into your ear canal and eat away at your brain.