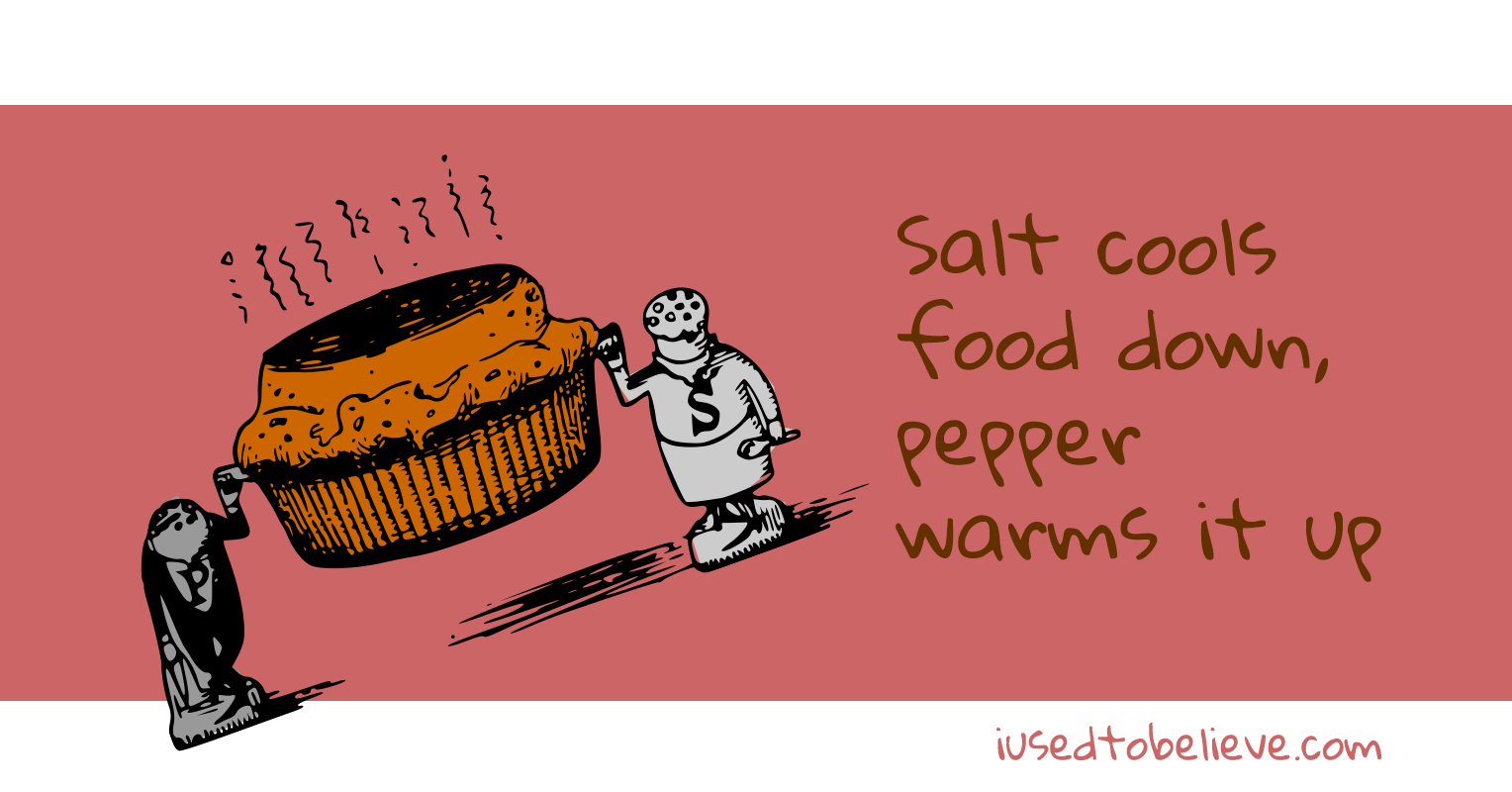 I believed that putting salt and pepper on my food would cool it down.

When I was little I used to believe that salt and pepper had a specific purpose: Salt cooled the food down and pepper took the "smoke" (steam) away!