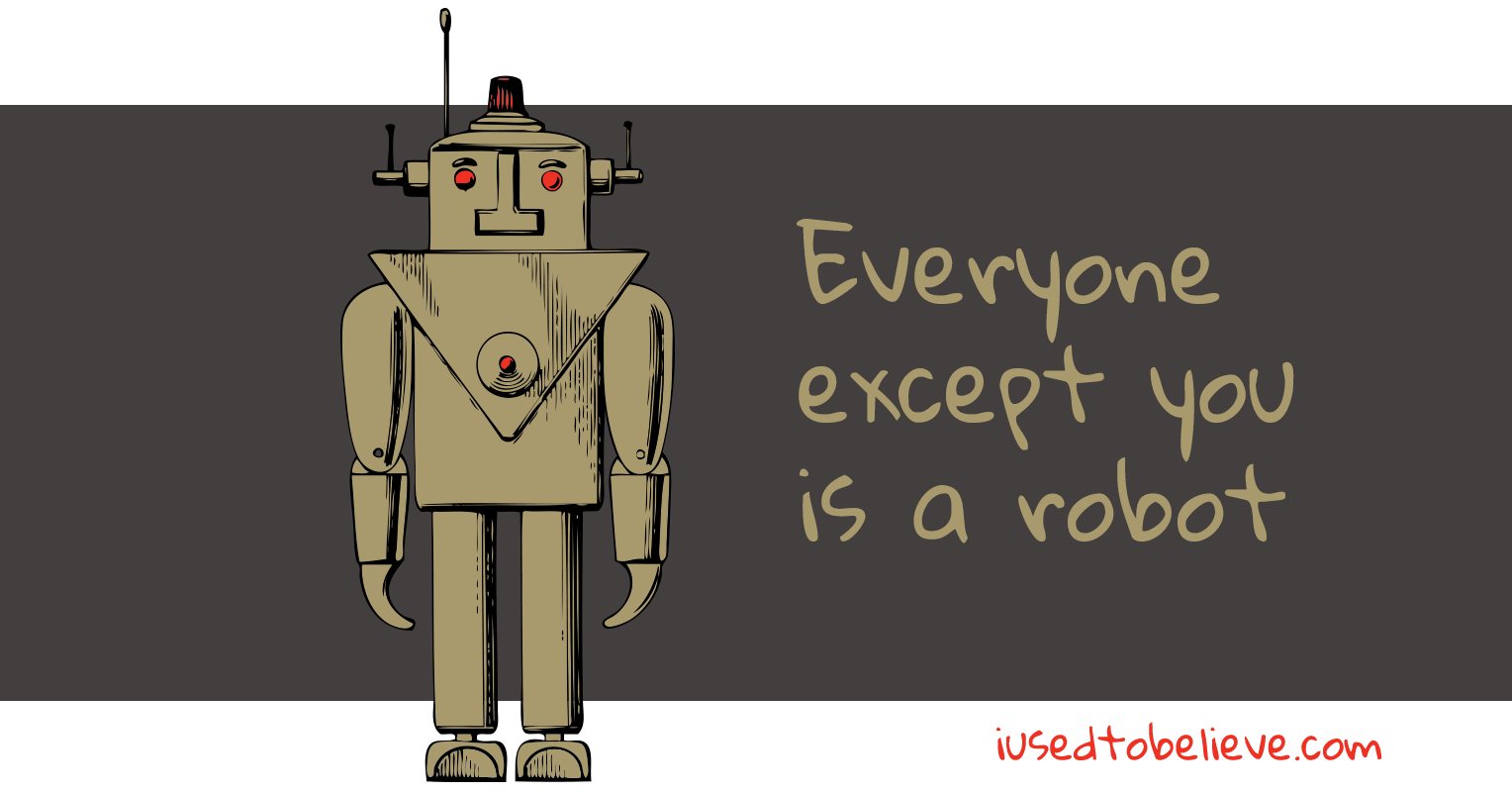 my belief is that me and a group of people are humans and every one else may be robots. another belief i have is the terracotta warriors are actually from the future and are waiting to attack. be prepared just in case.

i used to believe that most other people (outside my immediate family) were actually robots.

I used to believe that I was RoboCop, surely my cousin at the same age believed that he was Terminator...We used to battle it out alot...

I used to think about why I blinked and what I was missing while my eyes were closed. I conceived that for the split second I wasn't able to see that everyone around me turned to mechanical Terminator type robots!

I think too much. Haha. I use to believe, about in 4th grade, that I was the only real person here. Like everyone else were just robots or something. I don't know, I use to think about it a lot. I still do sometimes.

I used to believe everyone were robots once I saw an old man covered in tubes. I assumed that they had hologram skin and stuff, so I would repeatably poke people. then to prove that everyone else were robots I would tell people with fake arms or legs that thier holograms were acting up.

i used to think that I was the only REAL person and that everybody else was robots or something.

I beleived everyone was a robot except for me. I was isolated and most people i knew were mean adults or kids who teased me, so maybe they were machines who didn't understand emotions.