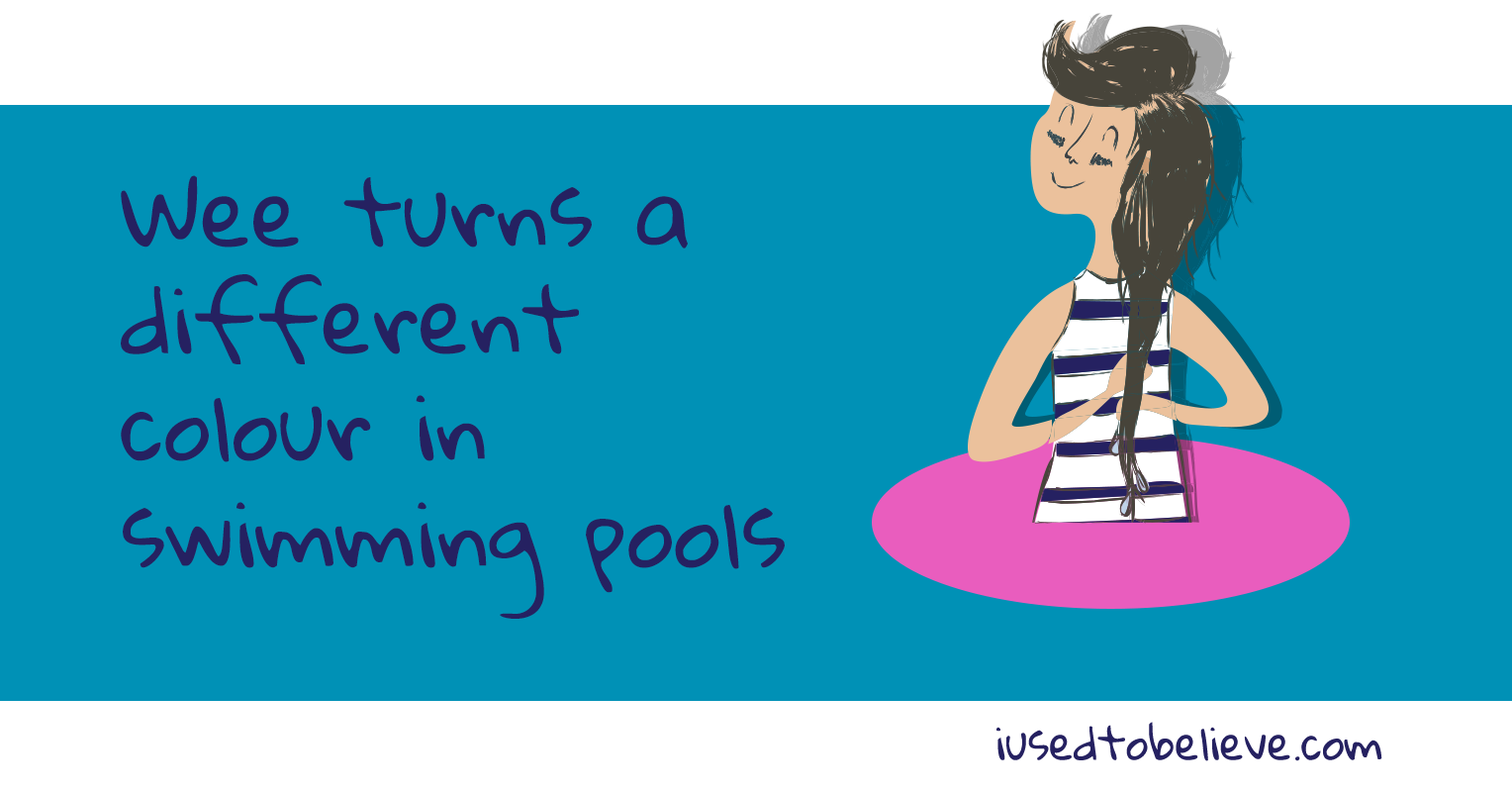 My name is Adam and until recently at the age of 43 I believed that if you peed in a pool the water changed colour . Sadly I am still not convinced .... Am I thick ?

The mother of a friend of mine always warned us to use the restroom before swimming, because (according to her), the water would turn green around us. I believed it for the longest time.

I always thought if you pee in the swiming pool the water will turn read.

My older cousin told me when I was young that if I peed in the pool the water would turn purple. I didn't do it for a long time until one day I was brave enough to proove it false. hehe.

i just read a belief by someone who was told that if someone peed in the swimming pool it would react with the chemicals and make a trail of colour and everyone would know.

i thought that was true... is it really not??

An older kid used to tell me that when you peed in the pool a big red line would follow you around. I wasn't sure whether to believe it or not.

I went to a family friend's pool while visiting. I was about 6 at the time. He told me that there was a new chemical that made a red ring around a person if they peed in the pool. I then went to school later on telling my friends all about this awesome chemical, and I told them to watch out for it.