You can get pregnant from kissing

This section contains beliefs all on a common theme: You can get pregnant from kissing. 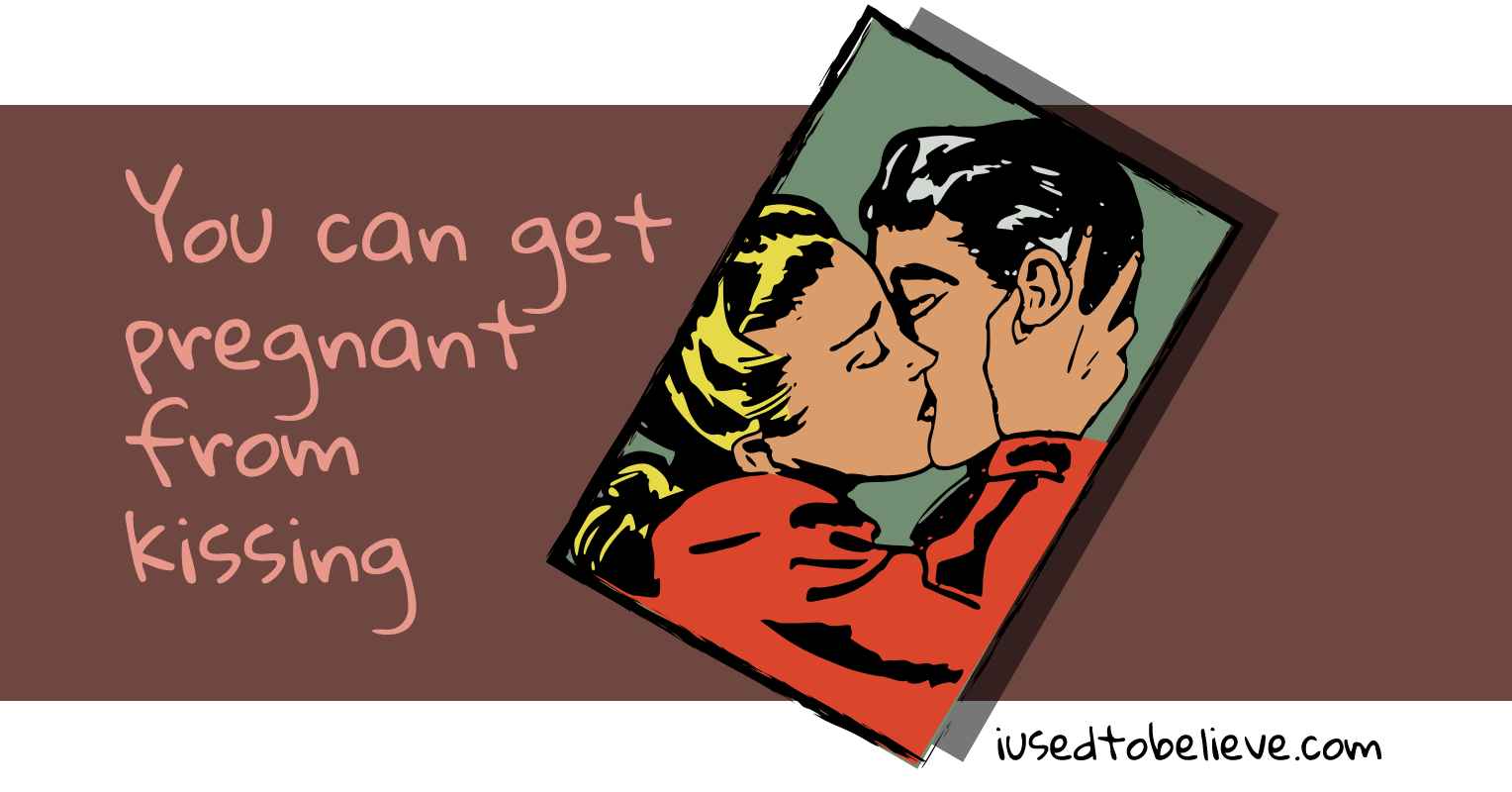 When I was a child I believed that if I kissed a boy, I would be pregnant

When I was 12, I had no idea what sex was about, I thought that with kissing women became pregnant, so I did not kiss until recently. Until we started talking about it in schools

When i was a child i used to believe that a woman became pregnant with a kiss.

When I was little I used to believe that when people kissed, the girl would get pregnant. So every time I watched a movie with my parents and someone in the movie got kissed I'd yell "She's gonna have a baby now!"

When I was a child, I used to believe that babies were made simply by a mom and dad hugging and kissing!

When I was in fifth grade, I thought kissing made you pregnant! I knew sperm fertilized egg. So i thought there was some tube connecting a guy's testes to his mouth and sperm would go into the girls mouth and down to her uterus where it would fertilize an egg! A year later i read the definition of condom and realized sperm comes out of the penis not the mouth.

When I was about eight I watched a lot of movies and cartoons. I noticed that people would kiss, and then they would have a baby. So I used to think that french kissing was how babies were created, as though men's saliva had something in it that a woman would eat and that's how a baby started growing in her stomach.

when I was little I believed that you got pregnant by kissing, so then I asked my mom if movie stars had at least 15 children each since they kissed all the time in the movies!

when i was little i used to think that you got pregnant by kissing in the mouth, and that by kissing you lost your virginity!

when I was in 5th or 6th grade I use to think that when you kissed someone you would automatically get pregnant.
i later on learned it wasent true.

When I was younger, up until I was 8 or 9, I thought that when a married couple kissed than the girl would get pregnant and have a baby!

When I was 4 years old, I used to believe that you would get pregnant from kissing. But one day, I decided that my friend and I would go into my closet and "make out"!! Of course, we didn't know what we were doing, but after he and I were done kissing, I was so scared that I instantly had a baby in my stomach! I thank my grandmother for this old belief. But I know she was only trying to protect me.

My sister got pregnant when I was five and when I asked my mom how she told me it was because she had been kissing a boy to much. So for about four years believed that if you kissed one boy to much you would get pregnant!