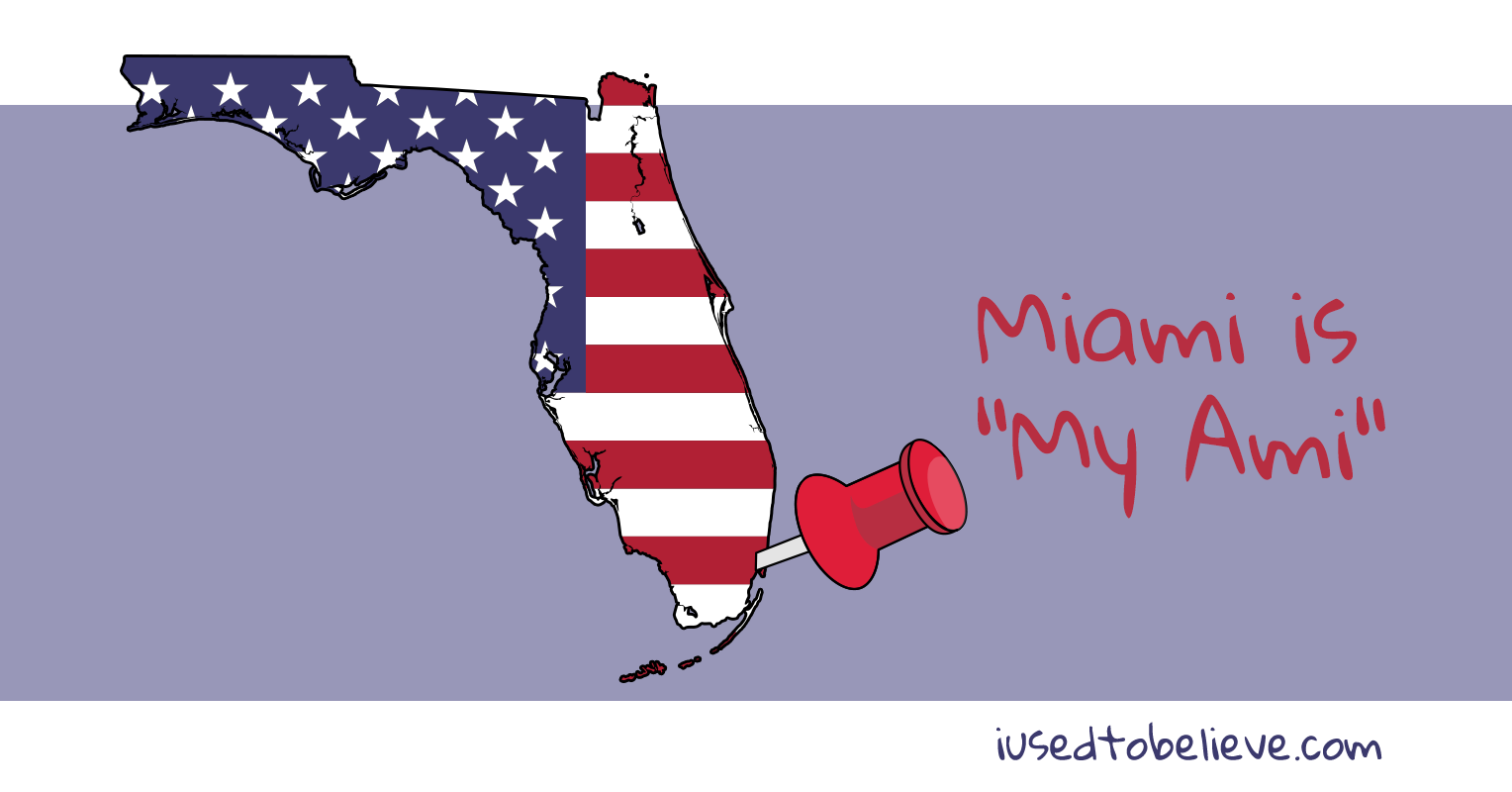 I used to believe that a street in our town, called Miami Street belonged to my mom, because when I asked her what street we were on, she said, "My ami". I said, "Your ami???". She said, "No, My ami" and I said, "Yeah, your ami". It took many trips down that street to for it to finally sink in!

When I was little my family and i were going to Miami, Florida. I would always here my mom saying "Miami" thinking she was saying "My ami." So i asked her, "why are we going to your ami? when can we go to my ami?"

When we went to Miani, I thought it was "my ami" and I said "when you go to your ami"?

When I was about three we went to Miami, florida. I kept asking my mom what her Ami was. LOL.

When I was four we went on a trip to Miami. I heard it as we were going to My Ami. I kept asking who my ami is and who's sister she was!

Ash where she was going my daughter said, Mama's ammy. Meaning Miami.

I used to beleive that when people said "Miami", they were actually saying "My amey." and "amey" was a type of realative, which I thought was like a grandmother.

When I was a child my dad was a truck driver, he often had loads going to miami and I wold ask him where he was going and when he told me miami, I didnt' know it was a city, I thought he was going to his ami, wasnt' sure what a ami was but i always thought one day I hope I get to go to MY-AMI.