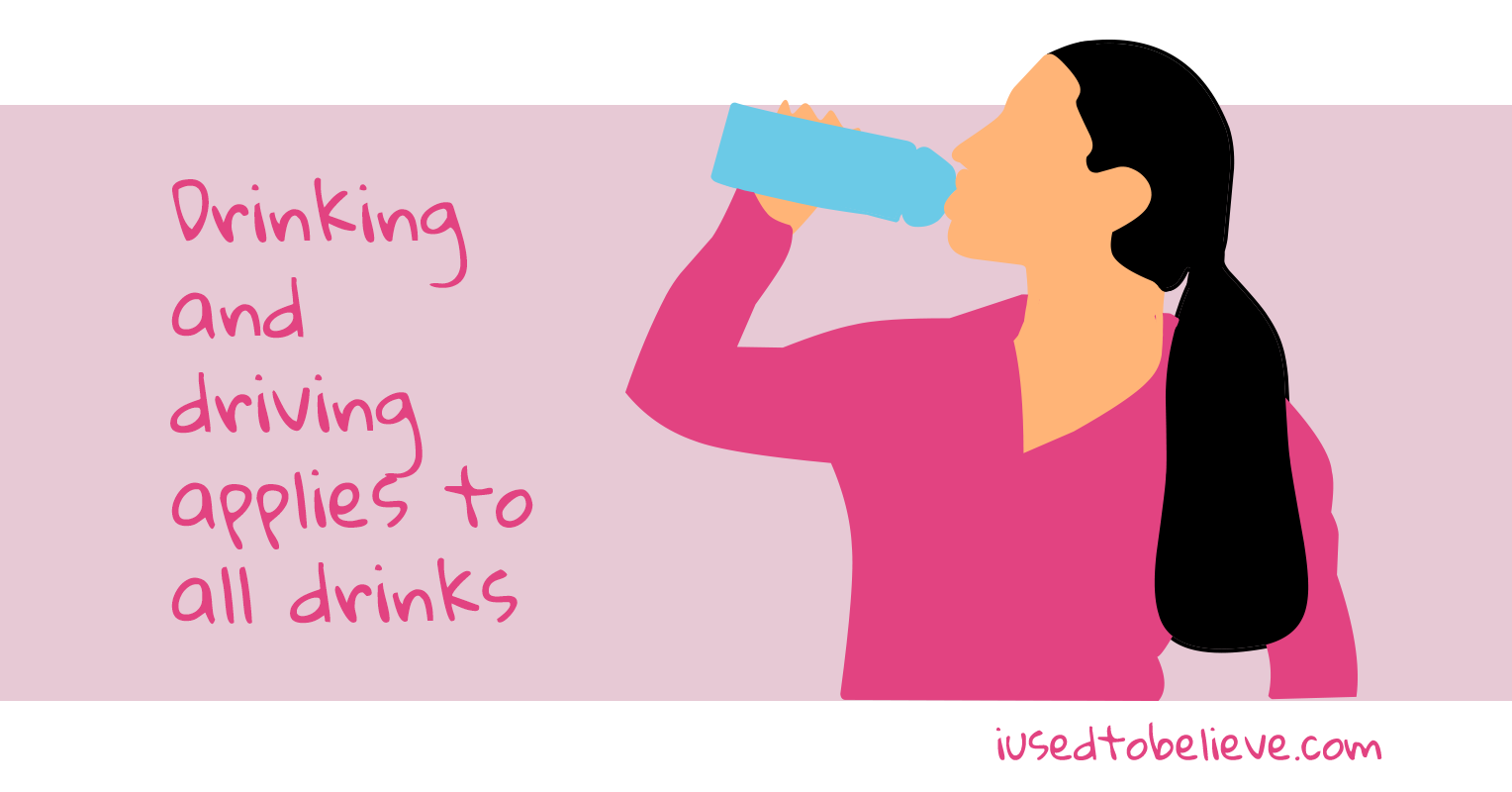 I used to think drinking and driving meant you couldnt drink anything and drive at the same time. I freaked out when my friend's mom was driving us and drinking coffee from a travel mug.

When I was little I thought "drinking and driving" meant drinking anything while drinking, so when my mom drank water or soda while driving I was so worried she would get in trouble and get pulled over by the police

I used to think "Don't drink and drive" included all beverages. I used to get really worried when my parents would have coffee in the car. I finally asked once and was told it was just coffee so it was okay but I didn't believe it.

"Don't drink and drive" to me meant anything. Water, coke, coffee. But then I always wondered, "Why do cars have cup holders?" I thought car companies were rebels who wanted people to drink and drive!

I used to believe that the TAC adds "If you drink then drive, you're a bloody idiot" meant if you drank anything and then drove so I used to freak out when dad would drive drinking a can of coke!

I used to believe that drinking and driving was when you drank any beverage like water and soda while you drove. I found out that wasn't the case when I saw my dad drinking a soda from Chick-Fil-A when we were going home and I shouted, "Dad, you are drinking and driving!

I used to think that "drinking and driving" meant that you couldn't drink ANYTHING when you were driving. My babysitter used to always drink coffee when she was driving us to school. I knew she was a good friend of my parents so I felt really guilty when I had to tell my parents that Ms. Nancy was drinking and driving on the way to school.

when i was little i believed that drinking and driving referred to all drinks. so when my dad drank a soda in the car, i would yell at him for breaking the law.

I remember when I was about 7 years old I saw a sign that said don't drink and drive, its thw law. So I thought that when you drank anything, alchoholic or not, it impaired your driving skills. Also, I believed that the passengers couldn't drink anything wither, because they might spill and that would cause a crash or something. (I don't know where I got that from). It wasn't until I freaked out when my dad drank iced tea while at the wheel and he explained to me just what kind of drinks were illegal to drive with.

One day my dad was drinking water while he was driving. I thought it was illegal. It is stupid that they say don't "drin and drive", they should be more specific.

i thought drinking and driving meant ANY drink and that it went for anyone in the car. one day, I asked my sister "are you not allowed to eat in the car either? 'cause i really wanna eat my McDonalds."

I used to believe that by drinking juice in the back seat of my Mum's car while she was driving, we were committing a drink-drive offence!!